Turkey has been devastated by fires that have been fuelled by the scorching summer heat.
More than 136,000 hectares have burned already, three times the average for an entire year.

For over a week now, Turkish firefighters battle to control the blazes that are tearing through forests near Turkey’s beach destinations. Fed by strong winds and scorching temperatures, the fires that began Wednesday have left eight people dead.

In partnership with MUSIAD Sydney, we are supporting emergency relief and reforestation efforts in Turkey.

Help us support the galant efforts on the frontlines and help us replenish lost vegetation. 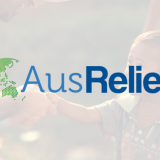 Committed to supporting vulnerable communities around the world.

Want to get in touch?

Your message has been sent!