Journey to the Deep: Search and Recovery in Lebanon

Journey to the Deep: Search and Recovery in Lebanon

Over the years Lebanon has taken in over a million refugees, and has one of the world’s highest number of refugees per capita. But since the country’s economic decline began in 2019, hundreds of people have begun to leave by boat, in desperate hope for a better future in Europe.

In late April, an estimated 80 people, including Lebanese, Syrian and Palestinian nationals, boarded a vessel designed for 12, choosing to risk the dangerous trip to Cyprus rather than stay in poverty-stricken Tripoli. The vessel capsized and sunk, with an estimated 32 people trapped inside. The wreck is estimated to be in a depth of 450m.

This pioneering mission is our largest logistical endeavour to date.

Together we can ease the suffering. 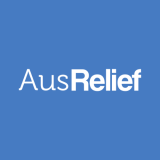 Want to get in touch?

Your message has been sent!